U.S.: How Biologicals Offer Opportunity Amid Tough Year in Agriculture

If there’s one thing that Johnny McRight has learned during his 43 years as the Founder/Owner of DeltAg Formulations, it’s that the tough years typically open up huge opportunity for growth, writes Thomas Skernivitz at CropLife.

“Growers,” he says, “recognize that they need more answers than their conventional practices alone.”

With 2019 certainly qualifying as one of the tougher years, the immediate future may be bright for DeltAg Formulations and other makers of somewhat less conventional products, such as biologicals.

“There’s no doubt that this has been a difficult season for many row crop growers in the U.S. and Canada,” says Donald R. Marvin, President and CEO of Concentric Ag. “However, with the projection for a smaller harvest, some are predicting that growers could see an increase in crop prices. If that turns out to be the case, we would expect an increased interest in biological products.” 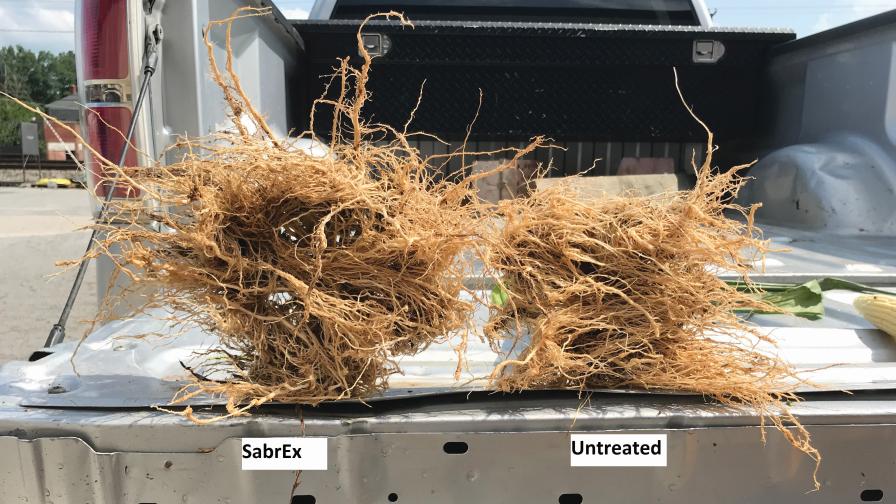 Advanced Biological Marketing (ABM) notes the effect that its biological product has on root mass.

Advanced Biological Marketing (ABM) — which offers a cover crop biological that contains rhizobia for legumes and Trichoderma for grasses — sees the light. “With all of the prevent plant acres out there, a lot of cover crops are going into the ground,” says Pete Hayes, ABM’s Vice President of Marketing. “We expect our wheat product to be strong as well.”

Heliae Agriculture anticipates a lot of interest in biological products this fall, according to Chief Revenue Officer Norm Davy. “There are fundamentals in our favor,” he says, starting with economics.

“We’ve likely hit bottom regarding the trade war impacts on farmers. The 2019 crop to be harvested doesn’t appear to live up to USDA estimates, and an early frost could mean lower quantity and quality — all of which could help drive prices up,” Davy says. “Higher prices will definitely drive demand for all products but especially biologicals that can help increase yields without a significant investment or change in practice.”