Glufosinate: The Next Big G-Force in Crop Protection 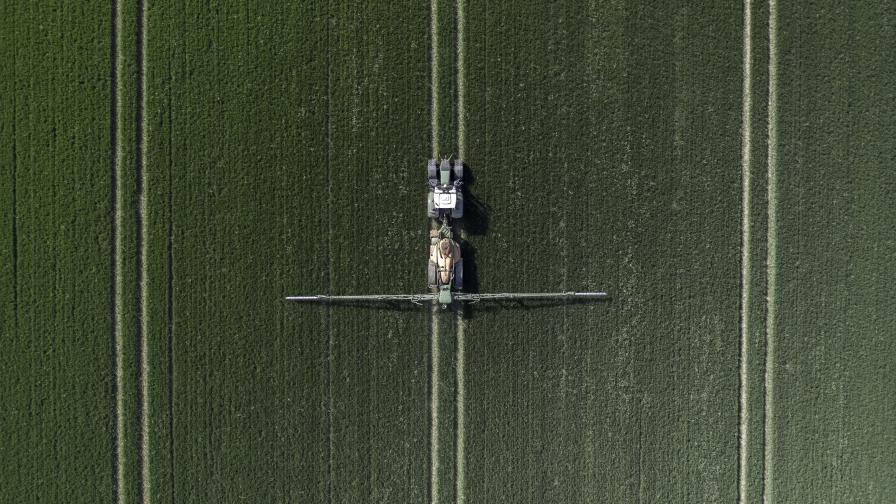 With what looks like unstoppable growth for glufosinate, the ag industry is rapidly adding capacity and investing in R&D, while seeking to avoid the pitfalls of overuse.

“The glufosinate molecule has essentially been a rollercoaster ride the last 12 to 18 months across the globe. What we’re seeing is a huge increase in demand on a global scale for glufosinate,” Sam Knott, Director of U.S. Central Crops for generics player Atticus LLC told AgriBusiness Global.

“When countries like China started to phase out paraquat several years ago and Mexico started to ban glyphosate, the industry has had to rely on a broad-spectrum herbicide like glufosinate that has tolerant crops to fill that void.”

Spurred by rapid adoption of the glufosinate-enabled traits, compounded by spreading glyphosate resistance, industry experts believe that between 50% and 70% of all soybeans planted in the U.S. in 2021 will confer tolerance to glufosinate. According to Knott, the industry is in a short-term gap between tight supply and skyrocketing demand but that additional supply should come online by mid-2021.

“We’re hearing that some of the generic suppliers here in the U.S. that usually source product out of China are struggling to get supply, and part of that is, a lot of (glufosinate) production that used to come to the U.S. in China is being used for their own needs, so a lot less is being exported out of China,” Tom Mudd, UPL Marketing Manager, Corn and Soybean Herbicides said in an interview with AgriBusiness Global.

As glufosinate-traited Enlist E3 (Corteva Agriscience), XtendFlex (Bayer), and LibertyLink GT27 (BASF) soybeans converge in the marketplace this year, Mudd expects the active ingredient to take market share from both dicamba and glyphosate this year.

“The channel is going to have a lot of pressure, because a lot of dicamba did not hit the ground last year and so there’s pressure for those gallons to be applied in 2021,” said Brian Ahrens, UPL Head of U.S. Sales. “You also have the increase in soybean acres, and you have commodity prices going up with the price on beans at $13 to $14.” He noted that demand is robust not only for glufosinate, but also other herbicides in the soybean metric including metribuzin, S-metolacholor, and sulfentrazone.

It is not the GMO acre alone driving demand for glufosinate, he noted, but also specialty markets like California, where more rigid regulatory requirements and bans are becoming ever more commonplace. Delivering on expectations, in terms of being a reliable supplier for both of its brands — it also manufactures its Lifeline branded glufosinate for the specialty market in that state — can be a balancing act.

UPL has been relying primarily on its facilities in India, where about seven years ago it began duplicating glufosinate plants in anticipation of the current supply-demand scenario.

“Our leadership, all the way up to (CEO) Jai Shroff saw it many years ago. That’s why instead of relying on intermediates coming out of China, they decided to start manufacturing many of those key intermediates themselves,” Ahrens explained. “They saw the writing on the wall with Chinese supply of, ‘reliable and great cost’ one year, but the next year (not so much.) He wanted to take out the variabilities and make those investments in not just the finished product but the intermediates that make up the product. That’s the competitive advantage that we have.”

Peter Weinert, BASF Vice President of Global Strategic Marketing, Herbicides, spoke with AgriBusiness Global on the company’s approach to the active — after all, BASF became the top glufosinate player with its 2017 acquisition of the LibertyLink system from Bayer Cropscience.

“Since we became owners of the molecule we started investing in research and development around glufosinate, to come up with improved formulations combining different modes of action,” said Weinert, who was part of the team that put together the deal for the Liberty system. “We should be seeing some of the first results of that in the market over next two years.”

These new innovations to which Weinert referred center in part around the company’s September 2020 acquisition of the Glu-L technology for L-glufosinate ammonium from AgriMetis, in a bid to offer a more efficient product. While weed control is at least on par with currently available commercial glufosinate products, farmers can reduce the amount of crop protection they need to apply by up to 50% with Glu-L. The change cuts operating costs for both farmers and the channel significantly and makes the distribution and application of the product even more sustainable.

“What we have seen over the last years is a growing attractiveness of glufosinate on a global scale, so we have a lot more players coming into the market which is great, if you have the competition,” Weinert added. “From BASF’s side, this is exactly what we have been anticipating, and that’s why we’re also trying to add further value for the growers. We believe that at the end of the day, we need to have the best solutions for the grower in the most sustainable way possible so that they can work toward a no-till farming practice. Glufosinate will play an important role for BASF in that whole area of sustainability.”

Glu-L is currently in the registration process in the U.S. and will be launched there in the next few years, with registration in other relevant regions to follow.

Overuse Is A Headwind

Weinert said that in Asia, replacing paraquat for burndown is one of the key demand drivers for glufosinate moving forward, and South America reflects a similar dynamic. In North America, weed resistance to glufosinate or Liberty has not surfaced in a significant way — at least not yet. “As an industry, we have learned a lot over the last 10 to 15 years. It always needs to be a solution approach,” he said.

“Overuse is a headwind,” as Bob Trogele, Chief Operating Officer with AMVAC put it. “It’s a great product technically. But the more you use non-selective herbicides, (the more) you want to hedge that.”

AMVAC saw the opportunity in the underserved market — premixes as resistance managers — and this year it will launch Sinate, a premix of topramezone and glufosinate-ammonium for corn. The two effective modes of action can help take on resistant waterhemp, Palmer amaranth, and giant ragweed spreading through the U.S. Corn Belt while decreasing chances the weeds will become resistant to the compound. Launches in other regions, including Brazil and Argentina are expected to follow.

“This is a product where our team felt they were on to something with how different it is,” Nathaniel Quinn, AMVAC Corn, Soybean & Sugar Beets Marketing Manager explained. “There’s a uniqueness to the formulation, and there’s a uniqueness in the way we look at the market. AMVAC is looking to serve the market — we aren’t necessarily trying to be on every acre, but on acres where we can provide value,” he said, continuing, “We may serve an area or geography a little better than if we’re trying to be on all acres.”

Quinn noted that AMVAC has several combination products utilizing glufosinate-ammonium and other modes of action in the pipeline, with another for soybeans expected to launch in 2022.

9 April 2021
Despite many plaintiffs and lawyers signing on, at least...
Insecticides

Where Does Insecticide Resistance Come From?

8 April 2021
The problem of insecticide resistance remains, and arguably even...
Micronutrients

Micronutrients Have a Macro Impact