Pandemic Expected to Have Little to No Impact on Russia’s Domestic Production, Demand for Agrochemicals 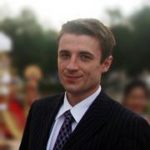 The Russian industry of crop protection products does not expect a significant drop of the domestic production and demand for agrochemicals in the country this year due to COVID-19 pandemic, and associated with this economic recession, according to recent statements, made by some leading domestic producers, global companies, operating in the local market.

As Alexander Uskov, General Director of Avgust Crop Protection, the largest Russian producer of crop protection products, told AgriBusiness GlobalTM in an exclusive interview, despite COVID-19, the demand for the company’s products in the local market, in contrast, has grown by about 20%, while the company expects a further growth of the demand will continue to be observed in the second half of the current year.

“I would describe the current situation as natural,” Uskov says. “A phenomenon of the crisis usually leads to significant changes in social psychology and the formation of prerequisites for new paradigms of consciousness. The only negative factor for us, which is associated with the pandemic is the decrease in profitability.”

Not everyone shares that optimism, however. Jonathan Brown, Director of Syngenta LLC Russia, the Russian subsidiary of the company shared his concern in an exclusive interview.

“At the moment, the impact of coronavirus on our supply chain in Russia and other countries was minimal,” Brown says. “However, the situation is unpredictable, and we cannot give accurate forecasts for the coming months. It is expected that the restrictions on the production of active substances and related components caused by coronavirus and new environmental legislation in China will become fully visible only in the 2nd and 3rd quarter of this year, and this may affect the supply of active substances at the indicated time.”

According to Brown, the company currently experiences serious difficulties with the supplies of its seeds and plant protection products to its major customers in Russia.

Representatives of German BASF another major player in the Russian agrochemicals also hope for the rapid recovery of the market.

An official spokesman of BASF in an exclusive statement to the magazine, commented:

“Based on our observations, Russian agriculture overall has faced rather limited negative effects from restrictions linked to the COVID-19 spread. In nearly all agricultural regions, farmers can continue their work and have access to essential supplies, despite temporary uncertainties with imports. They also demonstrate readiness to invest in their future yield. A weaker ruble offers a potential competitive advantage and chance for higher exports. At the same time, economic turbulence, which led to the increase of crop protection products’ prices as a result of the ruble devaluation, was rather a consequence of the OPEC+ deal failure and sharp decrease of oil prices.

“The COVID-19 pandemic, lockdowns and quarantine measures will, of course, also impact the national economy,’ the statement continued. “But its implications will have a longer-term effect, which might influence already the 2021 agricultural season. It is difficult to forecast the situation with COVID-19 and how the economy will develop. In Russia, mostly spring crops are grown and even sowing is not finished everywhere. The second half of the year will be an indicator of the overall risk anticipation in the market for the next season.”

In the meantime, leading independent Russian analysts in the field of agrochemicals also believe the impact of COVID-19 on the Russian agrochemicals sector will be less destructive, than on other segments of the Russian industrial production.

As Igor Tyablikov, a senior analyst of RUPEC, one of Russia’s leading analysts in the field of agrochemicals explained this year the volume of production of crop protection products in Russia will definitely increase, compared to 2019. That will be primarily due to the commissioning of a new plant in Tatarstan (August-Alabuga) last year and the planned launch of a second plant there (Agruskhim-Alabuga).

In regard to consumption, according to Tyablikov’s predictions, there is a possibility of its slight decline, that will be primarily observed in the case of imports and will be mainly due to the changes in the ruble exchange rate.

According to Tyablikov, the volume of imports is quite positive compared to last year, adding that could be explained by the formation of reserves due to COVID-19 spread by some domestic farmers. As the expert predicts, in May, the volume of agrochemical imports to Russia was expected to decline, that will be mainly due to the production shutdowns at major Russian trading partners – in Europe, China, and Israel.

These statements are confirmed by official Russian market statistics. According to data of the Russian Federal State Statistics Service (Rosstat) for the first four months of the current year the production of crop protection products in Russia grew to more than 40,000 tonnes.

Of these, herbicides accounted for 30,300 tonnes, which is 79.4% more than during the same period last year. The production of fungicides increased by more than 31% or 7,800 tonnes.

With regard to imports, according to data of the Russian Federal Customs Service, in January of the current year their volume grew by 13.1% (compared to the same month in 2019) and amounted to 7,000 tonnes.

Eugene Gerden is a freelance writer based in Voronezh, Russia. See all author stories here.

21 September 2021
R&D and innovation will be prioritized over low-cost production...
Americas

The Covid Pivot: 10 Pressing Questions About the Future of U.S. Agriculture

Indian Government Must Strive for Sustainability While Ensuring Food Security

20 September 2021
The need for science-based policymaking is perhaps stronger at...
Industry News

17 September 2021
China, the world’s largest producer of glyphosate, has been...