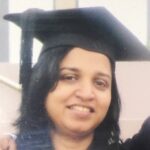 Editor’s note: This story was written in early 2021 and includes analysis that doesn’t reflect any changes in market conditions that occurred in the second half of the year.

The COVID-19 pandemic is having a bad impact on world trade across all sectors, but its effects are felt most seriously on industries in which production processes are linked to global value chains of different types.

The pandemic situation in India today is not an issue that will be confined to one country alone in the near future as it will lead to supply chain disruptions even across borders in many sectors. Presently, evidence of this is seen in the drug and pharmaceutical industry, but there is little doubt these disruptions will hamper the flow of crop inputs and affect food supply chains sooner rather than later.

The experience of 2020 was that many countries previously dependent on China switched over to the Indian supply chain market to procure many commodities including agricultural input supplies.

Not only did the pandemic’s impacts faced by the competing neighboring countries, but also the political trade wars of world giants brought many trade benefits to India, despite the temporary export slowdown caused by the sudden drop in demand for goods from Covid-19 affected countries.

The Indian chemical and fertilizer industry has long been dependent on China for intermediate goods. The chemicals trade between China and India per year was only worth around a $30 billion per year. However, because of the pandemic situation in China in 2020, there was a drop in China’s exports, and this negatively impacted the Indian economy, causing an estimated loss of around $350 million dollars to the country. Despite that, there was a resultant positive impact because many Indian companies started to diversify their sources of supply and began shifting to other markets like Korea and Japan.

Managing Through the Second Wave of Covid

This badly impacted the Chinese market because India’s catastrophic Covid-19 upsurge in April 2021 put a halt to all trade, but even before that, orders from the Indian market had dropped markedly because India had veered away from its earlier practice of single country dependency.

Moreover, India was actually in the process of capturing a major share of the chemicals market from China by approaching countries that were seeking alternatives to China for their supply of chemicals.

However, the current situation in India that has been prevailing since April 2021 has again precipitated a weird situation in respect of global demand and supply for many commodities including agricultural inputs. Today, India is going through a phase in which the future strikes one as being entirely unpredictable with even the domestic buyers feeling rather uncertain about the timely supply of various goods.

With the upsurge in daily infection rates rising to around 400,000 and daily deaths to more than 3,000, it was inevitable that many suppliers would as a priority measure be forced to shut down their factories in order to save lives. Already, many workers and/or their families have been affected, and as the situation is likely to continue, most firms will probably be forced to shut down. In the meantime, public health related restrictions are snowballing, with the imposition of regional lockdowns, curtailment of movement, etc.

The Governor of the RBI (Reserve Bank of India) declared: “The immediate objective is to preserve human life and restore people’s livelihood through all means possible.” Maharashtra state, which is the financial heartland of India, has become the epicenter of India’s second Covid-19 wave and has remained under lockdown since April 21.

Due to these adverse developments, restrictions have been imposed on industries, ports, airports, airlines, and even the domestic transport sector, causing severe impediments to supply chain logistics. Economic indicators show a drastic downturn in several sectors including commerce and industry, as well as supply shortages of raw materials including crop inputs.

As can be seen from the preceding year’s experiences of the affected countries, the impact on crop inputs and food supply chain are manifested in several ways:

The Indian agricultural input industry that produces chemical fertilizers and pesticides is heavily dependent on China for raw materials. As informó en The Hindu last year, “Pesticide industry in India is heavily dependent on the import of around 15 specific insecticides from China. Of the 15 pesticides, acephate, cartap, buprofezin, and pretilachlor represent 80%-90% of the trade with China, whereas imidacloprid, azoxystrobin, imazethapyr, and acetamiprid represent 40%-50% of imports from China.”

On April 26, China’s state-run Sichuan Airlines suspended cargo flights to India for 15 days amid an alarming second Covid-19 outbreak there. Likewise, many container ships too may be forced to halt operations in a replay of the previous years’ experience.

If the cargo transport and logistics remain paralyzed for a few weeks as a result of China imposing stringent restrictions, this will surely have a negative impact on the supply chains. This will cause not only the poor farmers in India but the large producers and exporters also to feel insecure about the future.

Local lockdowns and transport restrictions are likely to have an impact on the movement of seeds, which may adversely affect agriculture and consequently, food supplies.

Disruptions to CO2 supply may prove to be another barrier in the sector. As per the OECD policy response to COVID-19 last year, disturbances were caused to the fertilizer production of some suppliers due to labor issues. Such incidents have resulted in a serious drop in CO2 production, and this has inevitably affected the food industry. CO2 is used for freezing, carbonation of drinks, and to conserve products in an inert atmosphere, such as with packaged meats, allowing a longer shelf life for the products before the expiry date is reached.  Scarcity of carbon dioxide does pose serious problems for food manufacturers in many ways.

Not only will the supply of chemicals, fertilizer, and seeds be disrupted but the labor market too will experience similar negative impacts. That will affect not only the workers inside India, but also all Indian workers scattered around the globe, filling the demand for labor in many food supply chains.

en un Reuters interview with Myron Brilliant, the executive vice president of the U.S. Chamber of Commerce, he noted that “The risk of spillover effects was high given that many U.S. companies employ millions of Indian workers to run their back-office operations.”

These issues will surely contribute to the gaps in the supply chain of the crop input industries in India and elsewhere that depend on India.

Following last year’s (2020) supply chain breakdown in China, many Indian manufacturing and logistics companies made the strategic move to capture the market of those buyers who had hitherto been dependent on China for sourcing their supplies of crop inputs. However, before their plans could bear fruit the situation in India has become worse than before and now many buyers have begun speculating about their future supplies once again.

What does the future hold? Will the U.S. turn back to their traditional Chinese supply chains that are speedily recovering from the Covid-19’s impacts? Even though this may seem probable, no one can be certain as the situation in every region continues to be fluid.

Sajeevani Weearasekara is an economist working in Sri Lanka where she focuses on understanding global trends, technologies and concepts, and prepares for future challenges. She holds a Ph.D. in Environmental and Agricultural Economics from Queensland University of Technology, Australia, and she is a Certified Practicing Agriculturalist in Australia. She can be reached at [email protected] Vea todas las historias de autor aquí.

29 noviembre 2021
Based on their research, Agoro Carbon Alliance is beginning...
Insecticidas

24 noviembre 2021
Growers in Argentina will be the first in the...
Agtech