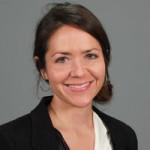 Annual overwintering losses of honey bee colonies in the U.S. have been recorded at 23.2% in 2014, down from 30.5% in 2013; photo credit: Photo Credit: Penn State News, Creative Commons

CropLife America (CLA) said it supports H.R. 5447, introduced on Wednesday by U.S. Congressman Austin Scott (R-GA), chairman of the House Agriculture Committee’s Subcommittee on Horticulture, Research, Biotechnology, and Foreign Agriculture. The bill emphasizes the need for practical countermeasures against the Varroa mite, which has been identified as a major challenge to managed honey bee colony health.

The bill seeks to amend the Federal Insecticide, Fungicide and Rodenticide Act (FIFRA), the federal legislation regulating the crop protection industry. Proposed amendments to FIFRA section 3 (c)(10) would expedite the registration of products which improve pollinator health by controlling these mites and other pests of honey bees. H.R. 5447 also mandates reports from the Secretary of Agriculture and Administrator of the Environmental Protection Agency (EPA) on the impacts of Varroa mites and Agency actions to address them.

The introduction of H.R. 5447 follows closely behind the Presidential Memorandum issued by President Barack Obama in June, calling for immediate action against the threats affecting honey bees and other pollinators. According to the Memorandum, the honey bee population alone adds more than $15 billion in value to agricultural crops each year. Annual overwintering losses of honey bee colonies in the U.S. have been recorded at 23.2% in 2014, down from 30.5% in 2013, but they remain above “acceptable” losses in the 12% to 15% range.

“Pollinator health is a critical issue to the crop protection industry and all of agriculture, and CropLife America is hopeful for continued regulatory and legislative action that incorporates sound policy and science in managing this issue,” said Jay Vroom, president and CEO of CLA. “H.R. 5447 represents another key step in addressing pollinator health, specifically addressing the Varroa mite and its impact on managed honey bee colonies.”

The House Agriculture Committee’s Subcommittee on Horticulture, Research, Biotechnology, and Foreign Agriculture hosted a hearing in April to discuss approaches to managing the potential threats to pollinators. Witnesses testified about a number of factors that influence honey bees and other pollinators, including the parasitic Varroa mite, beekeeping management practices, misuse of pesticides, lack of adequate nutrition and forage, and various other diseases. Similarly, the 2013 “Report on the National Stakeholders Conference on Honey Bee Health,” issued by the U.S. Department of Agriculture (USDA) and EPA, identified the Varroa mite as the “single most detrimental pest of honey bees” in the United States.

“Experts have regularly identified the Varroa mite as one of the leading causes of poor bee health,” added Vroom. “In Australia, where the mite is not present, the country experiences thriving population levels and no significant incidence of Colony Collapse Disorder. We are hopeful that H.R. 5447 will be an important step toward a comprehensive approach designed to improve the health of managed pollinator bees and ensure robust pollination services for American agriculture.”

“H.R. 5447 is a proactive and necessary step forward in addressing one of the known threats to honey bees. Experts across the board have recognized the role that the Varroa mite plays in impacting bee health,” said Beau Greenwood, executive vice president of government relations and public affairs at CLA. “We thank Chairman Scott for his leadership on this legislation and further highlighting the threat that the Varroa mite poses.”

“There is certainly more work to be done, beyond the Varroa mite and other pathogens, to improve honey bee health,” Greenwood continued. “While we wait for the end-of-year report and action plan from the President’s Pollinator Health Task Force, we will continue to collaborate with Congress, affected stakeholders and regulators to develop a comprehensive plan of action to proactively address pollinator health based on known stressors, sound science and ongoing research.”